How algorithms keep workers in the dark

How algorithms keep workers in the dark

Despite companies’ constantly increasing reliance on data-churning tech, the way most algorithms work remains a mystery to many workers – which creates a power imbalance on the job.T

This article originally appeared on The Conversation, and is republished under a Creative Commons licence.

“I’m sorry, Dave. I’m afraid I can’t do that.” HAL’s cold, if polite, refusal to open the pod bay doors in 2001: A Space Odyssey has become a defining warning about putting too much trust in artificial intelligence, particularly if you work in space.

In the movies, when a machine decides to be the boss – or humans let it – things go wrong. Yet despite myriad dystopian warnings, control by machines is fast becoming our reality.

Algorithms – sets of instructions to solve a problem or complete a task – now drive everything from browser search results to better medical care.

They are helping design buildings. They are speeding up trading on financial markets, making and losing fortunes in micro-seconds. They are calculating the most efficient routes for delivery drivers.

In the workplace, self-learning algorithmic computer systems are being introduced by companies to assist in areas such as hiring, setting tasks, measuring productivity, evaluating performance and even terminating employment: “I’m sorry, Dave. I’m afraid you are being made redundant.”

Giving self‐learning algorithms the responsibility to make and execute decisions affecting workers is called “algorithmic management”. It carries a host of risks in depersonalising management systems and entrenching pre-existing biases.

At an even deeper level, perhaps, algorithmic management entrenches a power imbalance between management and worker. Algorithms are closely guarded secrets. Their decision-making processes are hidden. It’s a black-box: perhaps you have some understanding of the data that went in, and you see the result that comes out, but you have no idea of what goes on in between.

Here are a few examples of algorithms already at work.

At Amazon’s fulfilment centre in south-east Melbourne, they set the pace for “pickers”, who have timers on their scanners showing how long they have to find the next item. As soon as they scan that item, the timer resets for the next. All at a “not quite walking, not quite running” speed. 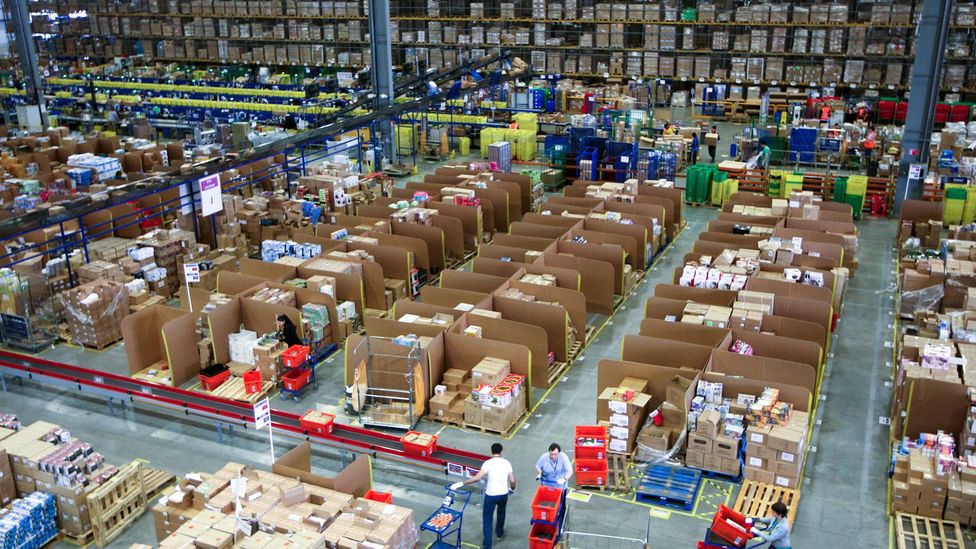 Or how about AI determining your success in a job interview? More than 700 companies have trialled such technology. US developer HireVue says its software speeds up the hiring process by 90% by having applicants answer identical questions and then scoring them according to language, tone and facial expressions.

Granted, human assessments during job interviews are notoriously flawed. Algorithms, however, can also be biased. The classic example is the COMPAS software used by US judges, probation and parole officers to rate a person’s risk of reoffending. In 2016 a ProPublica investigation showed the algorithm was heavily discriminatory, incorrectly classifying black subjects as higher risk 45% of the time, compared with 23% for white subjects.

Algorithms do what their code tells them to do. The problem is this code is rarely available. This makes them difficult to scrutinise, or even understand.

Nowhere is this more evident than in the gig economy. Uber, Lyft, Deliveroo and other platforms could not exist without algorithms allocating, monitoring, evaluating and rewarding work.

Over the past year Uber Eats’ bicycle couriers and drivers, for instance, have blamed unexplained changes to the algorithm for slashing their jobs, and incomes.

Riders can’t be 100% sure it was all down to the algorithm. But that’s part of the problem. The fact those who depend on the algorithm don’t know one way or the other has a powerful influence on them.

This is a key result from our interviews with 58 food-delivery couriers. Most knew their jobs were allocated by an algorithm (via an app). They knew the app collected data. What they didn’t know was how data was used to award them work. 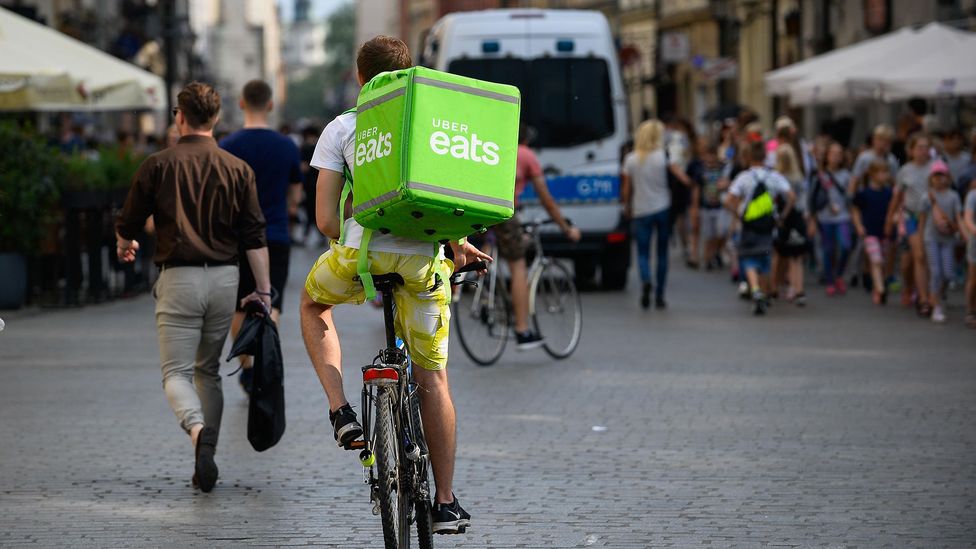 In response, they developed a range of strategies (or guessed how) to “win” more jobs, such as accepting gigs as quickly as possible and waiting in “magic” locations. Ironically, these attempts to please the algorithm often meant losing the very flexibility that was one the attractions of gig work.

The information asymmetry created by algorithmic management has two profound effects. First, it threatens to entrench systemic biases, the type of discrimination hidden within the COMPAS algorithm for years. Second, it compounds the power imbalance between management and worker.

Our data also confirmed others’ findings that it is almost impossible to complain about the decisions of the algorithm. Workers often do not know the exact basis of those decisions, and there’s no one to complain to anyway. When Uber Eats bicycle couriers asked for reasons about their plummeting income, for example, responses from the company advised them “we have no manual control over how many deliveries you receive”.

When algorithmic management operates as a “black box” one of the consequences is that it is can become an indirect control mechanism. Thus far under-appreciated by Australian regulators, this control mechanism has enabled platforms to mobilise a reliable and scalable workforce while avoiding employer responsibilities.

“The absence of concrete evidence about how the algorithms operate”, the Victorian government’s inquiry into the “on-demand” workforce notes in its report, “makes it hard for a driver or rider to complain if they feel disadvantaged by one.”

The report, published in June, also found it is “hard to confirm if concern over algorithm transparency is real.”

But it is precisely the fact it is hard to confirm that’s the problem. How can we start to even identify, let alone resolve, issues like algorithmic management?

Fair conduct standards to ensure transparency and accountability are a start. One example is the Fair Work initiative, led by the Oxford Internet Institute. The initiative is bringing together researchers with platforms, workers, unions and regulators to develop global principles for work in the platform economy. This includes “fair management”, which focuses on how transparent the results and outcomes of algorithms are for workers.

Understandings about impact of algorithms on all forms of work is still in its infancy. It demands greater scrutiny and research. Without human oversight based on agreed principles we risk inviting HAL into our workplaces.